[A] The Forlorn Cartel

Should be back in two days, miss you idiots, especially you, Rico, you dirty monkey. <3

It is to no surprise with a distinct drop in guard presence the streets of Stormwind have become dangerous once again. Reports of the criminal organisation "The Company" have been springing up in tavern corners amongst shady characters. The Shady Lady would also have once again seen a lot of activity of late with people in dark clothing congregating in and around the Dwarven District. Rumours have also began emerging that the bar-owner "Quincy" has returned to the establishment offering once more service with a smile (And possibly a shank)™

The Forlorn Cartel is a long established criminal RP guild based in the Shady Lady in the Dwarven District. For those of you who have the time in-between Draenor RP and alts still in Stormwind and wish to RP a criminal. We're the guild for you. But you've never stolen anything before? Don't you worry sweet child we have the criminal expertise it takes to teach you the art of quite frankly becoming the scourge of the City. It is also worth mentioning The Cartel does not take Draenei.

OOC - For our Out Of Character members

Fish - The first rank you achieve on joining the Company. Quite literally below everyone and everything. Prepare to take orders.

Goon - On becoming a more trusted member of the Company you will be given the rank of 'Goon'. You're now able to push the Fish around.

Henchman - The most worthy members of the Company's Goons manage to become henchman. The henchman deal out punishments and make sure everything runs smoothly overseeing most of the workforce.

The Company's goal has always been to gain as much power and gold as possible through almost any means. In the past they have resorted to "Taxing" citizens in the street and organising huge displays of duplicity and intrigue to steal from members of the public such as "The Masquerade". With each new leader comes a different style of making money and more recently The Company has turned towards business ventures and underhand dealings with organisations currently based in Stormwind. This time around we're really focusing on staying on the good side of the law where it can be done in the public eye while making our dirty money behind closed doors so to speak.

More recently the guild has been very focused on hosting RP events based on The Company's official IC storyline. Usually we manage to host 4/5 DM and random RP events a week on both weekends and weekdays. This will continue to run for the majority of December until around Christmas where we'll allow people to take a break and then will continue in early January as we have big plans for the guild as a whole. We are always glad to take interaction with other guilds as much as possible IC to help us further our own storyline and make allies and possibly enemies. So cross-guild DM's are something we highly wish to be a part of and host where we can.

After talking with the host of this previous successful event I have decided to take the reins so to speak and try to create a new Black Market event. Where this will be hosted? I have not yet decided. But I am certain the first one will take place in early January perhaps the second week. The event will include the following:

-Gambling (Real dice games)
-Hearthstone boards (Managing a small-scale Hearthstone tournament)
-Brawling (Separate rings for emote battling, roll battling and even actual PvP)
-Under the table dealings (Need to buy that one item that's a little hard to find in any average Stormwind shop?)
-Other forms of entertainment (Basically any ideas that get put forward to me or that I can think of)
-Popcorn. (Yes. Popcorn is a thing. There -will- be a popcorn vendor)

The winners for each tournament will also win an IC title for the duration of that month until the next "Underforge" yes. This will most likely be a monthly event.

Right now I'm still planning this whole thing so any help would be appreciated if anybody has the time to put forward ideas and help with the actual running of it. Refereeing fights, tournaments etc. But I will make a seperate post on the event once everything is set in stone.

Much like the Underforge but more common and with a real focus on dice games and Dog Fights. Currently me and a few members are coming up with a few games that are possible and fun to play IC using WoW's /roll system. I will be posting here guides on how to play each game with Screenshots as soon as they are fool-proof. (Which they probably won't be). So far we have worked out a valid system for playing Liars Dice which is both fun and addictive. I will get onto posting that soon.

Officers:
Alasdaire
Pazzlê
Dúhan
Ramiréz
(To make it harder for you 4/5 officers have a fucking accent in their name. Blasphemous I know.)

Or just /who The Forlorn Cartel and whisper anyone they should forward you to somebody in charge!

I think the most important question is as always.
How many of the officers are gnomes?

You have reached The Forlorn Cartel holding service. Unfortunately. A representative is not available right now to answer your question. Please hold.
youwillbechargedagrandtotaloffifteencoppercoinsasecondforholding. Thank you.

The time is upon us Cartellians old and new.


The Forlorn Cartel's 5th Anniversary is looming close and the current Kingpin is calling for the aid of -All- former members Fish or Kingpins. The reason for this call is not yet being disclosed but 5 years calls for a celebration of -Huge- proportion.

All Company members who wish to get in contact contact me via Remstar#2214 or Tyréllius in game.
Guaranteed fun to be had.

Nice. Never was part of the guild but they sure been around for long. Great video and have a nice Anniversary 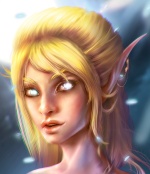 Anyway, ah.. Congratulations you filthy street rats!
Never will forget when you drugged Meril's knight and got him to lose a fight against Swindle

Recently the women of Stormwind may have found themselves screaming in the night. Crying themselves to sleep over the horrid news that is the marriage of The Great Jack Ironside. The Forlorn Cartel are sorry to announce to all women that after two nights of extensive partying, alcohol consumption and substance taking The Great Jack Ironside is now (Once again) a married man. But do not tarry women of Stormwind the man himself can still be found occupying The Shady Lady in the Dwarven District if you think you have what it takes to break his otherwise completely solid and promised vows.

The stag party took place in Booty Bay. As most Company party's go it was found accompanied by drugs, alcohol an abundance of strippers and finished with a large fire and running from Goblin Bruisers. A good night was had by all.


[You must be registered and logged in to see this link.]

The bloody horn was a bit early to the party, but we delivered the gifts nontheless.

Next week The Forlorn Cartel present to you the official launch of our 5th year anniversary. The magic date being the Wednesday. We've planned a week-long spanning series of events in which citizens and guards of Stormwind as well as those less good-aligned will be able to take part. These will be advertised in general chat half an hour before they commence. Most likely in the evenings. In Stormwind.

Time for my normal complaint.... No gnomes q.q

My god, we look fab... especially that red-haire'd chick... whaaaat. 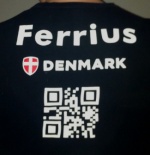 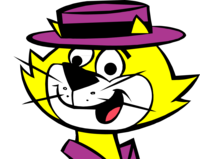 Gah, I'm slowly starting to lose hope that the guild will never be properly disbanded. TFC has always been the cancer of DB and the only reason why the server keeps "dying". Five years.. Ugh..

In other words, fucking army not letting me attend wednesday, be sure to grab some screenshots or share the stories with me. Lets keep the TFC circlejerking ring up for another five years.

Davnan wrote:Gah, I'm slowly starting to lose hope that the guild will never be properly disbanded. TFC has always been the cancer of DB and the only reason why the server keeps "dying". Five years.. Ugh..

In other words, fucking army not letting me attend wednesday, be sure to grab some screenshots or share the stories with me. Lets keep the TFC circlejerking ring up for another five years.

We won't, Dav. The moment you come back we'll be gone. All of us. As if we never were. 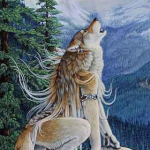 After a short trial of Argent Dawn the decision was made by the majority of the guild that we we would be moving to Argent Dawn. Finishing off the guild storyline after the week of our anniversary. Events will still take place this week. Stormwind is safe once more. The move will officially take place after the 13th of March.

Play us out Keyboard Cat

I will miss you guys.

This song represents the future of DB: 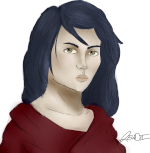 Perhaps more of Stormwind then DB.. 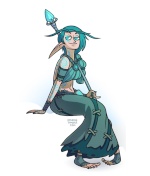 That was Stormwind already everywhere besides trade, that one part of dwarf and that one or two parts of old town.