[A] The House of Cards (Crime RP, Unguilded)

[A] The House of Cards (Crime RP, Unguilded)

The House of Cards

The House of Cards is a new crime syndicate, based in Stormwind City.  It is run with an ethos of non-violence and has a goal of attempting to control all crime in the city - whilst making its members rich of course.

We undertake a variety of jobs, including but not limited to burglary, confidence tricks, pick pocketing and petty theft.  We have an M.O. of not hurting anyone, of generally not damaging any property, and of aiming to pull off the most flamboyant and stylish of heists.  Our typical targets are nobles and rich merchants - people who can afford to be robbed and who have more to take.  But we keep what we take; we do not give it to the poor.  We are not Robin Hoods.

The Suits
The House of Cards is split into four 'suits'.  These are, of course, the Hearts, Clubs, Diamonds and Spades.  The suits are used to define the roles and skill sets of the members of the House of Cards.  The Hearts are our confidence tricksters and scam artists.  These people use charisma and wit to help the House.  The Clubs are our muscle.  They are not used for physical violence as we keep away from this but they are turned to when we need strength for whatever reason.  The Diamonds are our basic thieves.  Skilled in robbery and pick pocketing these are the ones you'll find in your homes, your businesses and your pockets.  Finally the Spades are the ones who cover things up for us and make things disappear.  They include fences and fixers.  Each member of the organization picks a playing card for their alias when they join.  They are always referred to by that alias once a member of the organization.  After any hit, heist or con, the members of the House of Cards will always leave their calling cards at the scene of the crime.

The Ranks
Internally the House of Cards is split into different ranks.  These ranks are really an indication of the trust levels granted to the members of that rank.  The ranks are as follows:

The Trump Cards
The small group who leads the House of Cards. All the "Trump Cards" know each others' true identities. That requires trust and also makes things more personal between them, as they are in this venture together. No information is kept secret from this group.

The Deck
Our most common rank. These are House members who have proven themselves. We have faith in their skills and abilities to carry out jobs. And we also trust them not to betray the House. They are invited to most meetings (except those exclusive to the Trump Cards) and are entrusted with more information. Most would likely never advance beyond this rank.

The Wild Cards
House members who are not fully committed. Mostly made up of suppliers, fences and specialists. The Spade suit is mostly represented here. They are only given the minimal amount of information that is needed. As they are not committed to the House they pose a security risk so their exposure is limited.

The Jokers
New recruits who have not yet been tested. We neither trust them, nor are sure what skills they have. This is a very temporary rank, often only lasting a few days/a week.


Contacting the House
The leader of this organization is the Jack of Diamonds.  Word on the street is that in order to contact him or the House in general you need to do the following:
- Steal an item of clothing from a rich merchant or nobleman.
- Inscribe a diamond and your name on the item.
- Sell it to a beggar in the street.
- They will give you a copper piece for it - making you guilty of theft and selling stolen goods.
- A representative of the Jack of Diamonds will contact you thereafter.

Anyone who contacts the Jack or the organization will be assumed to have gone through this route.

OOC Information
Trying to build up some shady RP in and around Stormwind. We can of course expand beyond that area if there is interest and reason.  We are guildless - and would love to have members join from some of the more upright guilds on the server, even if for some double crossing action.  This is all about promoting RP.  You can join with an alt but we'd love to get some mains on board.  At present we have no plans to have this underworld organization have an above board equivalent or public face.

Victims
We're constantly looking for victims - so if you run a guild or business or are an individual who is happy to be hit then please let us know.

For any further details, contact me (The Jack of Diamonds) or Sagefire (The Queen of Hearts) in game or on the forum.

Re: [A] The House of Cards (Crime RP, Unguilded)

Just leaving this here so my contact details can be seen in my signature.

Looking forward to cooperating with/targeting you all in the future 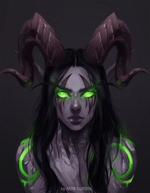 Similar topics
» The House of Cards
» Northern RP for the unguilded
» [A] The Theramore Initiative(unguilded)
» [A]Crime spree
» [A] The Azure Flame [Unguilded, Neutral, Magic] - [Disbanded]