[A] Theatre of Blood

[A] Theatre of Blood

[You must be registered and logged in to see this image.]
The < Theatre of Blood >
The Theatre of Blood is an Alliance guild made up primarily of Spies and Assassins. They work for the Alliance government; rooting out wanted criminals and using subterfuge and assassination against the Horde to forward the Alliance's aims.

The Theatre of Blood recruit all races and classes into their fold. - Mages and Warriors are can be just as capable of our arts as those sneaky Rogues, everyone has something to contribute to our ranks.
We are a morally grey guild that performs its own operations in addition to following the orders of the Alliance Government where applicable.
We are a long standing RP guild dating back to the early Wrath of the Lich King expansion.
Our ranking system is aimed at giving members a rewarding path of progression through our ranks; with each new step, a recruit gains both standing and responsibility. Our ranks are also geared at giving members the chance for character development as they progress higher in their standing with the guild.

The majority of our events are aimed at moving against the enemies of the Alliance, typically a scouting mission will precede an 'Operation' - giving members the chance to take part in planning, for better or for worse. Failure is, importantly, always an option; poor plans and execution are justly defeated, whilst initiative and fast-thinking are greatly rewarded. We have some very good strategists in the guild at current, each scouting mission presents a puzzle that these members, and you, will overcome.

The code and philosophy of the Theatre:
Honour, to my enemy and to my superior.
Loyalty, to my cause and to my Theatre.
Truth, to aquire and to uphold.
Justice, to be swift by my hand.
These are the creeds of our order, these are our virtues.
No innocent need ever fear our blades.

In a nutshell, the code is pretty simple; respect your enemies corpse, respect your leaders, be loyal to the Theatre of Blood, seek knowledge and truth (in other words, keep your ears and eyes open for useful information), don't lie to your superiors, and don't be afraid to get your hands dirty. Most importantly, don't kill innocent people. We're not common cut-throats and murderers, in fact, we look down on that kind of thing. We are military assassins and spies.
How do we define innocence, you ask? If you don't have a bounty on your head and you're not a fighting member of the Horde, you're probably innocent. No killing baby Orcs or random commoners. Orcish Peons are situation debatable, Forsaken are never innocent, and generally holding a weapon is a ticket to a dagger in your back. Assassins are expected to use their common sense in this matter; there is a difference between murder and military assassination - or that is the stance of the Theatres leaders.

Meeting of Blood - Meetings are generally once a week, and during the meeting the agents have the opportunity to report what they have done that week. The orders for the following week will also be given at the meeting, and plans regarding them can be discussed.

Scouting and Research - These are the first steps towards a successful assassination. Scouting may include mapping out an entire region, marking the target's footholds and tracking enemy movements. Knowing where to hit them and where to evacuate afterwards is indispensable when planning an assassination. Additionally, doing research about their race, religions or magics - for instance - can save your life. You will want to have an antidote at the ready after being hit by a poison arrow!

These tasks are to be completed in between operations by whatever means possible to the Theatre members. All of these manner of orders will be completed through 'random' roleplay and are very rarely done through planned DMed events.

Planning - Planning is often done at the Meeting of Blood or, in some cases, the night before the operation. This is when we use the information we gathered via scouting and research to - hopefully - prepare for everything that we may face during the operation.

Operation - This is where everything comes together; execution is key here. If you've come up with a bad plan or missed something vital whilst scouting, this is where it most certainly will come back to bite you. Failure is always an option, you may get out alive; but at what cost? You don't get paid for major screw-ups, and getting a bollocking from a government official always leaves a foul taste in your superior's mouth. Success, however, is greatly rewarded; promotions, monetary bonuses, spoils that you may have found before extraction, and new equipment are all up for grabs for a distinguished member of the team.

DM = Dungeon Master:
Generally all combat events (as well as some non-combat events) at least partially use a DMed and rolling system.

Dungeon Master events mean that the person running the event will control the enemies (often represented by raid markers) and decide - based on your rolls - whether your action is successful or not and what the effects of it are.

However, we do try to use common sense over rolls - where applicable. You're not liable to miss a shot from point blank range into an Ogre, for instance.

Random RP - The gathering of intelligence is an unspoken, ongoing order to all within the Theatre, and most are expected to keep active eyes and ears across Alliance capital cities. This simply means that each agent ought to pay attention to anything that might interest the Theatre while they are doing 'random' roleplay.

Community Events - Large political events such as the Stormwind Council and the Senate of Ironforge are provide us an easy way to stay in the know about the current happenings. In addition, events such as markets and balls are a fantastic opportunity to overhear conversations.

DMed Events - Occasionally we have events where we infiltrate a criminal organisation or simply have to get their representatives drunk or find another way to make them spill their secrets. In these cases the criminals are often roleplayed as temporary characters by whoever is running the storyline.

Resources - In addition to a detailed plan, a mission obviously requires tools, disguises and other supplies in order to be successful. And since not everything can be conveniently found from one's pockets on the field, they must be obtained beforehand. This may also mean supplies that have nothing to do with an operation, or killing some naga for their valuable hides to get the Theatre some extra money, for example.

Organisation - An organisation can't be run without shiny documents, agendas and memos. In a constantly evolving world, a well-managed organisation must evolve with it. Additionally, the members must be documented, their salaries and ranks sorted, and their general wellbeing ensured - just to mention a few. In roleplay this may mean extra meetings to plan training, some sort of self-evaluation or a silly event to increase the agents' wellbeing.

Training - The agents must keep up their skills and learn new ones to make sure they won't get outwitted by enemies that train harder.

RP-PvP Events - The Theatre are always looking for small scale RP-PvP events; given the way the guild works ICly, large scale combat just simply doesn't fit our role. However, this doesn't mean we aren't willing to bring the battle to smaller groups of Horde.

Our events and storylines take us all over Azeroth, though we tend to base ourselves in Stormwind when not out in the field, taking part in community events and random RP when storylines aren't underway.

With the release of Legion upcoming we're looking for new agents to join our ranks, if you're interested contact Naroma, Oacenth or Webbles in game. 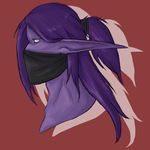 Similar topics
» [A] The <Theatre of Blood>
» [A] Posters, Theatre of Blood
» Blood of My Blood (Vale, Annie)
» RP theatre?
»  Letter to the Wardens, Disciples, Theatre, Delirium, Cavalry and Ninth Leaders.