Hello, people of Defias Brotherhood! We've been around on Horde side for a while, as some of you may know, but we've unfortunately not been able to show ourselves that much as of recently. People have been busy, and we've made a lot of changes to the guild - but now we're back and we're hoping to recruit some new members and nestle ourselves into the Horde RP scene once more.

RP-PVP guild for the forsaken, blood elves, goblins, and Death Knights of other races. Venomspine is a faction that operates within Undercity and Silvermoon by gathering skilled individuals of all backgrounds to perform the more questionable tasks of the two nations. Due to the shady background of some members, delight for unnecessary bloodshed, cruelty and underhanded methods, the members of Venomspine are refered to as Pariahs.

Roleplay and PvP
The idea of the guild is simply to combine RP and PvP, so that one can play the game while roleplaying. We are planning to have IC duels in form of training and sparring, WPvP in form of guerrilla warfare in the enemy territory, or repelling Alliance invader's from our cities. Hit and run style of attacks can get quite exciting when you notice that you are being chased by many players.

Who can join?
Every forsaken, blood elf, and goblin of any class, and death knights of any race. You don't need to be a pro PvP-player or an experienced roleplayer to join. We are more than glad to help new players to learn the ropes of both.

Guild structure, ranks & the (lack of) hierarchy
Venomspine Pariahs are led by one or more Overseers, whom appoint missions and tasks to the other pariahs. When the Overseer is absent, four officers, one representing each rank, command their respective group instead.
Everyone is treated as a specialist of their own career. All new members will be prospects, and when they advance they get to pick their next rank depending how they RP their character. Thus, the guild ranks are not bound to a specific class!

A word about officers; the OOC officer's role in the guild is, in short, to generate roleplay and manage recruitment and events. The IC officers are treated like a regular Pariah when the Overseer is present. Their job is making sure their troops are (somewhat) in order, and executing punishments when rules are broken. That is, if the rulebreaker gets caught...


Although the Pariahs tend to be very individual and sometimes chaotic in nature, they have two strict rules when In Character:
1. Always obey the Overseer. When they are absent, follow their orders through your officer.
2. Never kill a fellow Pariah.

Guild ranks are presented below.

The Overseer
Guild rank: Overseer
Typically helmed by a person whom Ashran itself spat out with a "yuck". The Overseer(s) lead the Pariahs. Distributing orders directly from the mysterious Venomspine organization, they can promote, demote or destroy an underling. It is the job of the Overseer to make sure the orders of the Venomspine are carried out to perfection, by manipulating, threatening or torturing anybody that gets in their way. They also represent the guild as a whole, and will do anything to preserve order among the Pariahs.

The Blackguard
Guild rank: Blackguard
Officer: Lord Wrath
The Blackguard acts as the infantry of Venomspine. The Blackguard will accompany pariahs in any mission where the threat of violence is present. Blackguards excel in wide variety of skills when it comes to spilling blood. Many of them prefer to take on their enemies in close quarters, but some are also adapt with ranged combat. Their abilities are not only limited to physical abilities, some of them use dark arts to empower them in the field, and some are even said to use the light to smite their foes.

The Shadows
Guild rank: Shadow
Officer: High Shadow
The branch of Shadow handles the most underhanded missions in Venomspine. These missions mainly include gathering information, acquiring specific items, and assassinations of vital targets. The Shadows have one of the widest skill set in Venomspine, giving them a versatile options how to complete their missions. With cunning, stealth and lack of honor, there is no moral standard low enough that the Shadows wouldn't find a way to go under it.

The Preservers
Guild rank: Preserver
Officer: Ambassador
The Preservers provide support to the Venomspine in form of healing and compassion. They accompany pariahs in the battlefield to heal their wounds and shield them from harm. The Preservers have superior diplomatic skills compared to the rest of the pariahs, making them even more valuable when dealing with other Horde forces.

The Cabal
Guild rank: Cabalist
Officer: Head Cabalist
Like Preservers, the Cabal supports the interest of the Venomspine, but in more aggressive manner. While some of them are able to heal and shield their allies from harm, many follow darker ways by drawing power from different sources, such as demons, old gods - no one knows what else. The Cabalists are held responsible for most of the research done in Venomspine. In the Cabal, the line between brilliance and lunacy is small.

The Phantom
Guild rank: Phantom
The Phantoms are the officers of the guild. A person with the Phantom rank has a different In Character title, but the rank name confirms that they are one of the captains.

As a guild, are you more RP or PvP?
- We are a RP guild mostly, but our guild activity in the contested territories will most likely lead into conflict with the blue faction.

What does your guild activity include?
- Our activities include random casual RP, In Character patrols and scouting missions, IC attacks to the cities, roadside ambushes, setting up camps in enemy territories, and the like.
We tend to have longer storylines within the guild, where we may utilize roll-based battle systems, for those whom would rather not use PvP duels to solve a conflict.

Spontaneous events are always welcome, and any member is encouraged to arrange events for the rest. Help is available, if you're not experienced with hosting one.
Out of character (OOC) activities include BG:s, arenas, instances, perhaps the occasional raid... it depends on what people want to do.

Where are you based?
- We have our HQ in Undercity and Silvermoon City. Rumours say the Pariahs can also be found "somewhere in Hillsbrad".

I'm new to RP, can I join?
- Yes you can! We are a newbie friendly bunch, and we will help you getting started.

I'm a roleplayer, but I suck at PvP. Can I still join?
- Yes you can! There is no skill reguirements in our guild, just be willing to fight the blue side if we run into some in our daring ventures behind the enemy lines!

Do you have specific days for events?
- We tend to focus more on weekends. But some mini events can be given out to guldies who want them! As stated earlier, every member is free to suggest event ideas.

I don't have much time to play / I'm casual / I'm leveling a gnome alt, can I join?
- Yes. We understand that real life comes first and people want to play their other characters too. The goal of this guild is to have fun and not to burden you with guilt if you have not logged in for a while.

How do I join?
- Contact: Grimsleep, Nare, Warwíck, Lithandria, Morsteth or Crusius ingame for an OOC and IC interview. We do have a webpage too http://venomspinedefias.shivtr.com/. If all else fails, poke an online member and they will point you to an officer!

A few screenshots I took from the trial of Luciouz Dalton. Either all these people gathered liked him very much, or were thrilled to see what ill fate would fall upon him.

In the end, he was not found guilty due to external mental influence, but the plot itself is far from over I feel.

Thanks for the event!

Best wishes to this guild from a old friend! 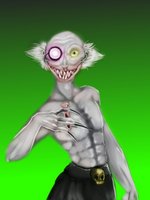 Don't worry, we're still around, being spooky as usual!
While we can be a bit secretive and we mostly do our own thing, we've had people show up to other events, reminding people that we still exist - and we're still recruiting.

We can, like before, be found in Undercity and Silvermoon. Lordaeron and Quel'Thalas are the places to be if you want to find a Pariah. Unless they find you first.

Need to be higher.

Have a screenshot from one of our recent meetings;

The guild has weekly events, with lots of casual RP and general activity. I'm just bad at updating this forum.

Have a sceenshot from a recent event. Glory to the Forsaken and the Sin'dorei!