[A] The Kingdom of Kul Tiras

[A] The Kingdom of Kul Tiras

History
Over one-thousand years ago, the city-state of Kul Tiras was founded upon a large island west of Khaz Modan and in between Azeroth and Lordaeron. Kul Tiras developed a thriving economy based on fishing and exports. Over the years mighty fleets of merchant vessels were built and they sailed throughout the seas in search of exotic goods to trade and sell.

Over the many years the great nation of Kul Tiras thrived on exports of seafood, livestock, lumber, grain, gold, and other artifacts. Also over the years they have developed problems with pirates and raiders on the seas and on the coasts. Murlocs constantly posed a problem to those on the island. These threats, however, have become larger and more serious especially since the Second War all the way to present day.

Always possessing a heavily armed and extremely powerful fleet, Kul Tiras only used their war vessels to protect shipping passages between the mainland and the island. Upon the Second War, their war fleets were unleashed as Grand Admiral Daelin Proudmoore entered Kul Tiras into the Alliance and took a vow to help his old friend, Sir Anduin Lothar. Despite the first sea battle against the orcish war fleet which resulted in the destruction of the human war ships, the armada of Kul Tiras proved to be a valuable asset of the Alliance war effort. Throughout the war Grand Admiral Daelin Proudmoore proved to be one of the staunchest supporters of the Alliance. Even though the fleets had triumphed in the Second War, the Horde ships devastated the fleet and it never has recovered since. For this, the people of Kul Tiras hold a dire hatred for the orcs.

One notable event happened in the final days of the Second War during the Siege of Blackrock Spire. As the Alliance mobilized their forces to end the orcish threat once and for all, Sir Lothar attempted to arrange a meeting with the orcish warchief Orgrim Doomhammer. However, the parley proved to be an ambush. Orcs and ogres tore Lothar and his party asunder. Furious of the death of Anduin Lothar, Grand Admiral Daelin Proudmoore took command of the Alliance forces and assaulted Blackrock Spire. After an intense battle the Alliance forces were victorious and ran the orcs out. Once the orcs retreated to the Dark Portal in the Blasted Lands, they were destroyed.

Several years after, the Third War erupted. Kul Tiras sent its fleets against the undead Scourge but was able to do very little. Most of the ships were destroyed, heavily damaged, or retreated back to Kul Tiras.

For reasons unknown to the people of Kul Tiras, Jaina Proudmoore, a powerful sorceress and daughter to dear Grand Admiral Daelin Proudmoore, sailed to west Kalimdor and took half of the remaining fleet with her. Several months later, the Grand Admiral, figuring out that he could not prevent Lordaeron’s fall and reckoning that his daughter may require help in the western lands took the remaining ships and sailed to meet her. Neither of the Proudmoore’s have returned nor has any word come back from Kalimdor.

In the absence of his father Admiral Tandred Proudmoore is now the acting Grand Admiral of Kul Tiras. In the four years since Daelin Proudmoore’s departure Tandred has build the Kul Tiras fleet back up but it compares not to the once grand fleets of years past. With help from his lady friend Captain Misham Waycrest they do their best to destroy the Murlocs, Naga, and pirates that threaten the coasts and vessels of our Great Nation of Kul Tiras. Tandred does what he can with the fewer ships and fewer men available but does not quite fill his father’s shoes.

People & Culture
The people of Kul Tiras are wealthy, especially compared to the ravaged northern lands, and proud of their nation. They wear traditional green and fly flags with Kul Tiras’ anchor emblem. Like Hillsbrad’s citizens, Kul Tiras’ people celebrate Hordefall every year. They hate the Scourge for wiping out the rest of their continent; they hate naga, murlocs and pirates for sinking their ships and stealing their resources; and they hate orcs for decimating their fleets in the Second War. They are staunch members of the Alliance and friends of Ironforge.

The citizens of Kul Tiras possess a deep-seated anxiety. Their eyes dart about. Often looking to the west, where the greatest leaders of Kul Tiras and many of their warriors vanished, they wonder if they will ever again see their missing families. They are glad to have a Proudmoore as their leader, but all know that Tandred is not the man his father was.

Geography of the Land
Kul Tiras is a large island off Khaz Modan’s west coast, between Azeroth and Lordaeron. The unsettled areas are covered with rolling hills and sparse evergreen woods. Nearby Crestfall, immediately off the northeast coast, and farther Tol Barad, in the same direction, are also parts of Kul Tiras. Kul Tiras is temperate, though subject to sudden ocean storms. The nation is also very windy, which makes zeppelin rides perilous. Wild game includes few forest creatures such as foxes, squirrels and the occasional black bear. Kul Tiras’ shores possess good fishing and provide ample seafood. It is said that Kul Tiras has the best lobster and king crab in all the land.

Sites & Settlements
Boralus, Kul Tiras’ capital, lies on the island’s west coast. The city’s population has dwindled since Jaina’s and Daelin’s exodus, and many houses and surrounding farms lie empty. Currently the city's population stands at four-thousand heads. The people have drawn in away from the fringes and toward the coast; one can wander for a short while through the abandoned residential districts and market places in the city’s east side. An ideal place for a secret society or hidden cabal, the town was eerily quiet. Still, Boralus is a friendly enough harbor, though almost all its citizens carry long knives to “gut the murlocs and naga.” Kul Tiras’ diminished fleet patrols the wasterways leading to the harbor, so merchants from Southshore, Menethil Harbor and (rarely) Kalimdor make Boralus a regular stop.

A large island off Kul Tiras’ northeast coast, Crestfall boasts a sizable community of boaters and fishermen. These people do not like strangers—some visitors are nearly shot when approaching a town at night on this island. The riflemen are constantly on guard from the naga have been plaguing them recently. Rumors abound that a large naga force, under a warlord called Zethresh, hides near Crestfall’s west shore. Zethresh reputedly seeks to cleanse the ocean and her isles of human encroachment.

Its secret is kept from many of the world and most are never allowed to visit. The site of many historic battles in the Second War, Tol Barad is now home to a magic prison. Wizards from both Dalaran and Stormwind oversee the complex, and prisoners include enemy mages, lesser and greater demons, warlocks and undead war criminals. The wizards do not allow anyone near the island and keep the prison’s existence a secret.

The biggest asset to Kul Tiras is also its greatest danger: the sea. Murlocs and naga crawl from the sea to torment sailors and fishermen. Priates roam the waters preying on merchant vessels. Captain Dannol Scurvgrin, a truly vile pirate lord, has ties to the Bloodsail Pirates of the South Seas and sees Kul Tiras as his next big prize. 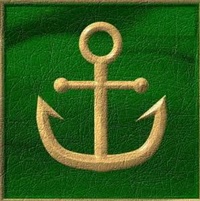 Senator of Welfare
Keeping our citizens safe and healthy is one of the most important things, Kul Tiras is proud of its healthcare. The senator of Welfare is responsible for this, keep the Kingdom free of the plague was one of the achievements in the recent Kul Tiranian history.

Candidate 4 has won the elections and will be head of state, and can choose one senator to fill a spot in the senate. Candidate 2 has the right to fill one spot as does canidate 3 and 1. Due to the voting the last spot can not be claimed by any of the candidates, this means the head of state can fill the last spot.

Note: Shares of the votes will be rounded up to the first possible senator spot.