PENDING: I do not wish to intrude, but I have not seen any guard RP happening. I have been a long member of the original Stormwind Militia from Scarshield Legion. I wish to return there and provide RP where I can and how I can - of course, falling under the leadership of Stormwind. I have been on private RP servers for a long time, yet wish to bring it back to its roots. Is such a guild to be advised on this server?

The Shield of Wrynn is the spiritual continuation of the Stormwind Militia, an old guild on Scarshield Legion. Their purpose remains the same as it always have: defend the kingdom of Stormwind at all costs from anyone who would dare to desecrate their sanctity. As part of the Stormwind Army, the Shield of Wrynn is not only a task force, it is a sub-organisation which offers protection, comfort, purpose and kinship to anyone who would share the same ideals as they.

Within the Company of  "Shield of Wrynn" there are subdivisions. These cater to our guards' abilities to provide a far more focused work environment so that each individual might excel within their place of work. These subdivisions are subject to change due to training restrictions, lack of participation, and/or the event a whole unit is wiped out by rogue bombings. In the pages which follow, the several subdivisions of the Shield will be outlined for you in full. Upon becoming a Private you will be assigned to one of these subdivisions.

"Shield of Wrynn" Company
A company is a military unit, typically consisting of 80–250 soldiers and commanded by a Knight-Captain. Most companies are formed of 3 to 6 platoons. A platoon leader is a junior officer — the Knight-Lieutenant. The Knight-Lieutenant is assisted by the Master Sergeant(s) of the squads. A platoon is composed of two or more squads and typically consists of around 15 to 30 soldiers. A squad is a subunit led by a Sergeant that is subordinate to a platoon. A squad consists of 8 to 14 footmen. 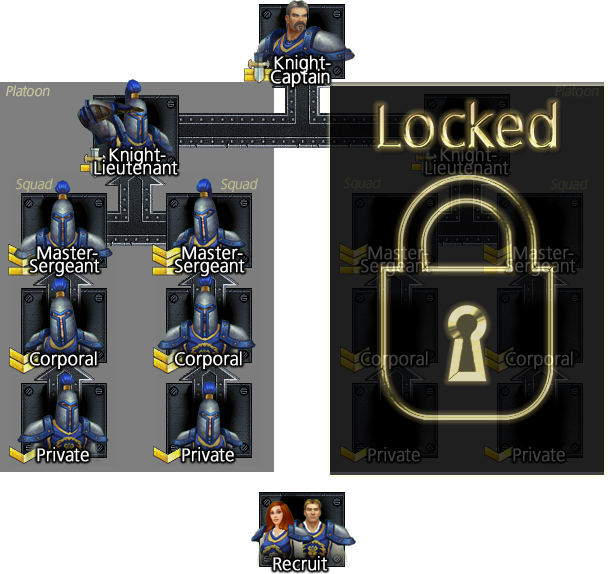 Our work as a guard doesn't stop at fancy procedure and arresting all the Kingdom's criminal populace. All guards undergo rigorous training, take part in drills, are shipped out to various missions, and walk the streets to deter crime before it happens. After each duty a formal report needs to be done through mail towards the commanding officer. These duties are defined as the following, but not limited to:

Patrols
A patrol is a simple circuit within the Kingdom. The number of minimum members to patrol with will vary on the type of patrol. Any incidents are to be reported in person and filed.
The following patrols are distingushed;

Upon completing a Patrol Mission one recieves a Patrol Token:

. Collecting 50 of these Patrol Tokens

will result in the "Watchful" achievement medal as honorable decoration on one's armor.

Missions
Missions cover a broad range of duties, from investigating a string of murders to arranging a specialty R&R event for the guard. Missions are almost always led by a member of the Private rank or higher and must be passed by an officer if they leave the jurisdiction of the Kingdom of Wrynn. The following are some examples:
• Case Investigation
• Sting Operations
• "Safehouse" Raids
• Aid outlying towns
• Escort duty
• Deploy to active warzones
• R&R

Formation and Drill
Formations and Drills lie at the heart of all guard training. It is one thing to read the manual, it is another to put words into practice on the field. Any guard corporal rank or higher may host a formation at any time, however, it is advised that they give proper notice on the sign up calendar or inform an officer to better arrange this process. All formations should begin with a call to attention before conducting an inspection of the attending guards' uniforms. It is then up to the host's discretion where the formation may lead. The purpose of these drills are to educate our recruits/footmen and make sure their skills remain sharp. Those looking to disturb the process will be removed regardless if they are guard personnel or civilians.

Sentry Duty
Sentry duty is glorified public relations. Stand tall, look dignified, and greet passerbys. You are to answer any questions citizens may pose while being polite. This courtesy however does not apply to those intentionally attempting to cause grief.

We’re pleased to hear you’ve taken an interest in the Shield of Wrynn, but before we welcome you into our ranks there are a few things that requires your attention.

First of all, one can only apply In-character. A lot of Recruitment posters can be found within the Kingdom of Stormwind. Secondly, we are all here abiding server rules as well as our own guild "Rules & Regulations" (here). We urge you to read them carefully, because we will observe/implement these. We’re all role-players trying to have a good time, those rules are in place for just that.

Lastly, but very important, every new member will start out as a recruit. No roles are set. Rise up from the ranks and experience how rewarding it can be! The only exception to this are former

PENDING: I do not wish to intrude, but I have not seen any guard RP happening. I have been a long member of the original Stormwind Militia from Scarshield Legion. I wish to return there and provide RP where I can and how I can - of course, falling under the leadership of Stormwind. I have been on private RP servers for a long time, yet wish to bring it back to its roots. Is such a guild to be advised on this server?

There haven't been a dedicated Guard Guild for a good while, no.

I would say yes. You do not have any competition, and military guilds usually will gather interests. Majority of roleplayers on Alliance tend to be Humans, also, so again, should be no problem.

There aren't -overwhelming- numbers of activity on the city streets though, so I think the only thing you can stumble to is that half the city is empty. Usually around Blue Recluse and some other hubs is happening, because they're hubs of different RP guilds.

Still, with Campaigns of your own and interaction with other RP guilds, Horde and Alliance, I am sure you'll have a good future.

I am up for communications regarding any "border patrols" to Swamp of Sorrows. I am sure my group of (Horde) Raiders would love to conjure up a plot regarding us harassing Marchtide Watch.

Still, all the best of wishes and good luck with the guild from my own part.

OOC
Thanks!
I'm working on the draft and trying to read up on the state of this server. Don't worry about posting OOC stuff here. Once everything is set, I'll make a new guild post and delete this one.

Questions
1. There is are ministers of Stormwind. Is the council present on these forums?
2. Is Westbrook Garrison taken by a present guild? If not, can we reserve the garrison?
3. How will the RP player base handle ranks given? I am aware I gave myself a Knight-Captain (officer) rank in the army, for example. His old rank.
4. Do we use GHI much on this server?

1. Yes.
2. I think the Ninth Company at least used to use it, but they are now in Lordaeron. You should be free to use it, but I advise against being overly territorial and throwing tantrums at other people who might want to use it now and then.
3. As long as you are sensible and manage to pull your rank off in RP, it's all good. But you probably shouldn't boss around unknown soldiers from different guilds, without making sure they are okay with it OOC.
4. Not really - unfortunately while the 5 RPPvP servers are almost perfectly merged, GHI trading still doesn't work cross-realm. 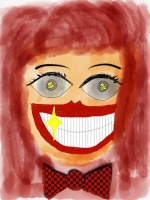 The ninth company have moved to Lordaeron mostly, although some of our armsmen use the (IC) portal to provide patrols within Stormwind.

If you wish to write to me I can be found either at Hearthglen, or at the tower of Azora in Elwynn forest.

If you intend to provide guard duties I suggest you speak to both the minister of defence, Charlie Blazesong, and myself as minister of justice, and / or the Stormwind council which meets on Tuesday evenings at nine bells.

Light shine on your endeavour.

Narin: scribe for the ninth company

Most people will accept your IC rank, not like you need another players permission to decide how involved in SW military you are, actually I get a little disappointed when people get weird about IC rank or privileges a character would have from there history (fortunately it's very uncommon)

The garrison in Westbrook is indeed now vacant from any regular rp group, the guild that used it most as webbles has said, have moved there rp and no longer use it as far as I'm aware

Council do involve them self on this forum (well some do) 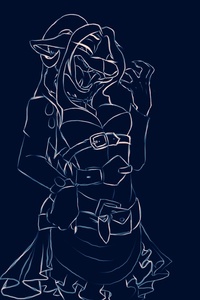 OOC: I trust you help guard the city by action as well as word, in case a Horderaid comes along. While they might be OOC for all we know, it is good for those who are acting guards to partake in the defense of the city. Gets you a bit of attention for being RP-PvP, likely more recruits as well when they see you in action.

Cheers, I will proceed from here on.
Once we're formed IC I will respond to people in an IC manner.

OOC:
Great to hear.  The city could, in my opinion, really do with a more consistent and focussed guard guild.