[IC] Azerite, it's properties and danger

[IC] Azerite, it's properties and danger

((OOC: This short presentation was read out in the Stormwind Council 12.3.2019, I promised to post it in the forums aswell. Open for discussion. ICly the document is found in the Stormwind library))

Rhena Oxley, Minister of Magic wrote:First chapter - What is Azerite?

Azerite is the titan, Azeroth’s, blood that seeps from open wounds of the world ever since the sword of Sargeras was thrust into Azeroth. Azerite’s nature is arcane as it is from a titan. It can be found either crystallized, liquid or gas form.
Azerite is highly usable mineral and can be used for powering machinery, armour and weapons.

Azerite has not been discovered until very recently. Before the Cataclysm the goblins dug deep enough in Kezan to find a small vein of azerite, but not in the amounts it is found this day. The small amount discovered has been known to be in possession of Trade Prince Gallywix of the Horde.

Larger amounts of azerite were discovered right after Azeroth was penetrated by the sword of Sargeras, as it caused the world to bleed out and azerite to crystallize above the ground.

Wielding azerite in armour, equipment or weaponry boosts the wielders properties. For example it gives them energy, makes them feel calm, heightens insight and alertness, grants control, logic, strength and dexterity. Azerite has the power to neutralize poisons and is known to have healing powers. Crystallized azerite cannot be broken with swords, hammers or shredders.
Earth elementals react strongly to azerite and it drives them to frenzy. It is also known to make animals behave strangely.

As mentioned in earlier chapters, Azerite gives the wielder great power, but in the wrong hands it would be strong enough to wipe out an entire city, race or a continent. Azerite is also extremely volatile and unpredictable. In liquid form azerite can be highly corrosive, but may also have healing powers, which makes it very unstable to use.
As azerite is being mined and used it is killing Azeroth. Every shard of azerite is away from the land, the oceans and everything that keeps us alive.

Very little still is known of Azerite. It may possess properties we have no knowledge of. 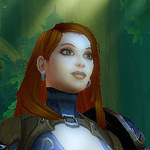