*A poster with a tree drawn onto it. Big letters stating* “House of Yore - Recruiting!
The House of Yore is seeking dedicated members of all aspects, backgrounds and races!

Are you a war hardened soldier? The Order of the Oak will be your new brothers in arms, defending the city from crime and the Horde!
Happen to be a scholar, hellbent on acquiring knowledge above all else? The Order of the Root are always seeking for more. More heads know more!
Perhaps a business enthusiast, trader, shopkeeper? Maybe just want to work in a bar, or want to delve into the politics of the city? The Order of the Leaf know money, how to use it and spend it. They know politics and how to get ahead in them, and remember, politics aren’t always pretty!

Work your way through our ranks and rightfully earn prestige, respect and position!
Honest work repaid in fair coin!
Respect rightfully given as earned!
The words of the hardworking will carry more weight than those of sloth!

OOC information:
What is the house? The house, OOCly, is a collective of people who enjoy and partake in RP-PVP/PVE. Each week the house offer various activities in each of these areas.
(Monday RBGS, Tuesday guild RP and Wednesday Raiding)
Over the three days of the week end, each order has it’s own day for events. Friday for Leaf, Saturday for Oak and Sunday for Root.
We are an active and friendly bunch of people with different levels of skill. We have seasoned PvPers and Raiders, as well as those who are just starting to learn! You can be an RP veteran or completely new, it does not matter, as we will take in anyone who is willing to learn.
(Requirement when joining is for your character to be at least level 15.)
The House of Yore is not a social guild solely; we are an RP-PVP/PVE Guild and we do not accept members who are not interested in participating in RP.
Rules for Alts within the guild; Alts are allowed in the guild, but you need to have at least one IC (In Character) member within the guild.


Rank system and responsibilities:
Hireling - Fresh members, working for the House only under a verbal agreement. These are given the opportunities to prove themselves.
Cousin - Hirelings that have proven their worth, and as such, have been contracted into the House. This contract legally binds them to work for the House, and along with their new responsibilities to the House, there are of course perks that come with it, most notably a pay-check, and health insurance.
Esquire - A Cousin that has shown true dedication and support to both the House and the people in it. While mostly an honorary title, these members are also trusted enough to perform interviews, and as such bolster the ranks of our House.
Noble - Once a member has gone above and beyond what is expected of a Yorian, they have the chance to become a noble. Whilst this is only minor nobility, it is nobility none the less, and with it, come all the boons of being a noble. (Sir for males and Dame for females)
Herald - An individual that is absolute in their loyalty to the House, they are a type of “banner carrier”. They represent and spread the influence of the House in anyway they can.
Councillor - Hand chosen by the Patriarch/Matriarch. These individuals are the leaders of their respective order. They also serve as the Patriarchs/Matriarch trusted advisors
Patriarch/Matriarch - The Leader of the House. While they listen to the words of their advisors, theirs is the final word. 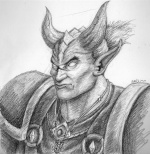