A big poster hanging on a wall in a shady inn is saying: Recruits wanted, do you have an apetite for doom and destruction but don't want to rot in a jail cell for the rest of your life? Does the regular army not suit you? Join The Last Chancers, we're a group working within the Stormwind Military, hellbent on destroying our enemies. Sign up today and bring the fight to the Legion!
OOC:

The Last Chancers is a guild made for people with death and destruction in mind(or maybe you're just wanting to be out of prison again). Paid to do the stuff too dirty for regular soldiers we plan on fighting anywhere in the world. Be it green skinned orcs, or the Burning Legion no challenge should be too tough or scary for The Last Chancers. If you're worried there will be too much focus on murder and such, do not worry. Sometimes we will have to look for our enemy and some detective work might have to be done before we start smashing things. There will also be breathing room between events(duh) where you can create bonds with your fellow guildmates around the campfire. Sing a few songs, drink some ale. Have a good time.

Non rp related info:
Once big enough I will aim to try and help people gear through dungeons and maybe get some mythic+ done. Arenas will definitely be done if people are up for it.
Raids is not a priority though if the rp guilds could get together and create a raidgroup I am certain there will be some last chancers there aswell.
The aim of this guild has never been just rp for me. Exploring stories and roleplay out events is fun but it can get a bit boring after some time. Therefore other initiatives are also sought out be it pvp or pve.


Rules:
No godemoting/metagaming
Be somewhat nice from an OOC point of view.
respect other peoples roleplay.
Keep PvP on unless you’re below level 100.
You need to accept in character consequences.

Good to see this is finally in motion, can't wait to see an army of baldy's in orange jump suits charging across no-mans land with an angry looking Warden behind them with a saber at the ready!

Also adds a great chance for diversity, like... What kind of crime would a Kaldorei have to commit to be condemned?

Convict; "What are you in for?"

No longer relevant:
As a note to anyone playing a criminal; You still would need to go through an actual trial in my opinion to actually end up in this group of 'last chancers'; I'd advice against committing a crime, then joining the guild. Charlie and myself have yet been able to sort out any details surrounding this and the system.

I am aware it used to be a thing, but as with many things it has largely gotten outdated and would need a review before fully being reintroduced. Currently, just to give an example, there is no punishment on any laws that actually directs you to the last-chancer guild nor a system in place for prisoners to appeal and be placed in one.

We'll discuss the details of this soon Charlie IC and OOC, just been a tad occupied lately.

Edit; I am fully assuming this is meant to be roleplayed out under Stormwind laws. If it takes place in any other kingdom, disregard my post.

Edit2; Had a chat with Charlie, see the nutshell in [You must be registered and logged in to see this link.] 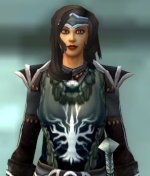 The idea was also to have people start their characters in prison. I'm also going to have to speak to you regarding punishments and such for people when the time comes.

Lady Eveline Williams wrote:As a note to anyone playing a criminal; You still would need to go through an actual trial in my opinion to actually end up in this group of 'last chancers';.

Exactly how would you do that? Setting a (mock) trial for each and every RP'er who wishes to join 'Last Chancers' sounds like a lot of work +none of the current punishments as marked in the city laws (if Stormwind ofcourse) are something that can be considered as rotting in jail.

- Confiscating goods/armour/weapons/tabard/...
- Monetary fines / Penal laboury
- Lashes
- Branding
- Stripping of rank/titles
- One or two days in jail (with a possibility of it being doubled if caught for escaping detention)
- Banishment
- Death penalty

Fair to say that people banished will not be considered for redemption as they either commited High Treason (Yes, I see the irony in my sentence) or Murder. The people with a Death Penalty are ofcourse dead and not up to roleplay.

That being said it looks like a very nice idea for some RP on an alt, personaly I don't see me RP'ing that on my main but to each its own in that regard ofcourse.

I've spoke to Charlie thoroughly on the idea; My main concern was that the last-chancers used to be (as far as I am aware off) a guild that worked closely with the legal system on DB. Death collars and the likes were used to keep people in line, and their heads blown off if they refused. (Which would be a public safety issue if anything, and not a 'punishment' Eveline would agree on ICly.) You are correct however that current laws do not support this, and as such Charlie and me discussed using already-convicted characters, at least for the start. Those that have received a 'lifelong' sentence for one crime or the other; Excessive crimes. (And indeed, the time needed to host every trial would be excessive! We don't have the manpower for that. I realized that after musing it over.)

Once I've been approached ICly, likely tomorrow, Eve will reintroduce it through a thread; Since no laws are changed and it only involves convicted criminals at the start, no voting is necessary and it avoids any delays Charlie may face as a guild.

In a nutshell, the guild will first operate for characters specifically made for it as convicted criminals, those with a history based on having been in prison for a while, 'worst' case criminals to pair in with Charlie's his own ideas. These characters won't need a trial yet can assume to have received one (a justified one or not, even a trial in which a person was set up or wrongly convicted works.). It gives the player all the room to create a character how they'd see fit. (In the category that Charlie was going for; Being criminals that are put to service.)

The guild, will operate as part of the Stormwind Army rather then a guild/house/order or such of its own, a regiment/division/how you wish to call it; That'd be the Minister of Defense his jurisdiction from that part on out, with only the legal bits and pieces in my field such as the transfer of a prisoner from the jail cells, and into the program. (Which I gave Charlie some ideas for that I think will be really neat, and add to the gruesome atmosphere he's hoping to portray eventually.) Eve (For the "sure I'll allow this program permission") and Heldrik (For the hopefully; "Sure you can settle here permission") will have a discussion, again, hopefully tomorrow after the council. Being part of the Army would give the guild a reason to be at any front line that the Alliance is at currently.

Fair to say that people banished will not be considered for redemption as they either commited High Treason (Yes, I see the irony in my sentence) or Murder. The people with a Death Penalty are ofcourse dead and not up to roleplay.

Those receiving a banishment through trial in-game, may at a later date (when more RP has been done with the idea and guild, so they can settle in) lead to becoming part of this last-chance program. Such would be preceded by more discussions at that time and some law changes, if it comes that far. "Forced service" in this regiment could possibly become the person's way out of banishment, allowing a character, if they lived through out everything, to return to the Kingdom of Stormwind once more. (Which, may be an 'incorrect' way of doing such but offers a further way to progress in RP and eventually a way to rejoin the Stormwind community on that character.) Not all characters will feel for this method, or care to have banishment removed, but it is nice to have an option.

Through the program, they may eventually redeem themselves (As they serve Alliance goals and maybe through battles, allow the Alliance to get the upper hand in areas) but it is only an idea by now. Time will tell how things develop.

.. And that's about it in a nutshell! I'll let Charlie answer any questions about the guild itself, though hopefully I portrayed the concept well enough, think the idea can really work out nicely in the future. <3

Lady Eveline Williams wrote:;Those receiving a banishment through trial in-game, may at a later date (when more RP has been done with the idea and guild, so they can settle in) lead to becoming part of this last-chance program. Such would be preceded by more discussions at that time and some law changes, if it comes that far. "Forced service" in this regiment could possibly become the person's way out of banishment, allowing a character, if they lived through out everything, to return to the Kingdom of Stormwind once more. (Which, may be an 'incorrect' way of doing such but offers a further way to progress in RP and eventually a way to rejoin the Stormwind community on that character.) Not all characters will feel for this method, or care to have banishment removed, but it is nice to have an option.

Question: is ooc membership needed or is it enough to say IC you are a last chancer? I can see the reasoning behind 'forced service' but you can't really force anyone to change guild as a punishment.

Disclaimer: I am asking genuine questions here, not to join on James. Due to other circumstances the Ninth has moved North so I can and still am RPing with my wonderful guild. I do understand not everyone will be that lucky, so that's why I am asking those questions.

Currently yes however, that might change over time. You also need to visibly be part of the last chancer program, that is with the tabard. So people are aware you are in a penal legion.

In the past this sort of punishment has also come with out of character concent as forcing someone to join a guild is a bit iffy and wont really work in the long run.

Contact has been made with the appropriate Ministries and everything is clarified. We are now ready to start recruiting the scum of the Stockades properly. For our concept to work we're going to need a lot of those. Currently we have a lot of Overseers and not enough from the Penal Legion itself. If you are interested I would very much like it if you take contact. Even if you are unsure if it is something for you I can try and give you enough information to go on.

When we get a few soldiers for the Penal Legion we will go North to support the Ninth Company in their campaign against the Horde!

I will help anyone in the guild who needs it with gearing.

Starting this shit up again! With a slightly reworked concept. Will take a while before an updated post is done however.

I see them updates. Looks nice. Remember to refres or make a new post for Real Forums aswell.

Edit: I see that you did already. Good stuff.