[A] Band of the Brave

I was a bit 'ogawd' because I thought this guild was Horde and that I'd accidentally created a potential numbers issue with yours. >.>

Its nice to see an Alliance adventurer guild though. Do you accept half orc paladins? Because I'd like to stick mine in an adventuring guild somewhere if I've got the time.

Personally I think it may be the green skin = KoS because it looks like an orc thing.  My character makes an effort to hide their skin colour but I know that can be seen as adding more specialpoints on top of an already questionable concept, so I know a fair few guilds are gonna be saying no to him.  Which is fine with me, I've got a lot of alts to muck around on if things with that character don't work out.

You can always just approach us in-character and we'll see if it works. I personally think you should play something you can visually represent, and feel very strongly about that, but I know not everyone feels that way.

Thelos wrote:The most fun thing to do is to just seek us out whenever we're in between adventures in a tavern.

Where all the best adventures begin and end! 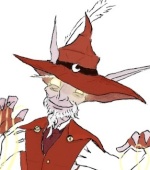 Thrak, Ayahuz and "Frank" have joined the party!

One evening you'll be relaxing in Pandaren hot springs, and the next you'll be drinking with the Wildhammer dwarves in the Twilight Highlands! Tonight, we'll be trekking trough the desert in search of sandtroll treasure, whereas yesterday we provided the catering and security for a most auspicious gathering of mages!

In other words, with the Braves, you'll never know where - or even when - you'll go next! 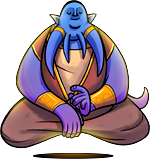 Checklist:
Killed a dangerous Warlock: x (crossed it because even though it was before forming the guild, 3 of the original founders were there with a bunch of others.)

Chilled in a hot tub: x

Find a ruin of a city with trolls: working on it.

Vanquish more evil: working on it.

Host a wedding reception: working on it.

Meet Dark-claw, who is of the night: x

The Band of the Brave has reached level 4!

We've been growing! Therefore we are going to update the cast page only for characters that have matured into the Braveheart rank from now on, instead of every individual that joins the guild. We're still figuring out how exactly our rank structure is going to work, but the "Braveheart" rank is the default for dedicated level 90 characters. All Bravehearts are able to plan events on the calendar and invite new characters to the guild!

The Band of the Brave just returned to Stormwind after a two-day trip to Tanaris! Following a shoddy treasure map bought off a shady elderly fellow, they braved the assaults of troll ghosts, bandits and horde  adventurers until they accidentally entered a forgotten troll kingdom, cursed to be forever hidden under the sands. Almost where they made into a feast by the sand trolls, but by the distraction of a lone valiant Guardsman, they managed to be free from captivity! Jerry the worgen slew the Troll king and put on his garms and tusks, convincing the endless hordes of canibals that he was the troll king, earning himself the illustrious title of...

The Braves returned home with a pile of interesting loot, and a forgotten kingdom conquered. Or vanquished. Or... Well. They came out alive!

After having played for a while, and getting a feel for who we are, we composed the following rules and rank structure:

You need your gear enchanted? Try to arrange it in-character with a guildie before going to the Auction house. The same goes for any crafting requests! Be creative! If your character needs something, or has a crazy idea, why not make an event out of it? Transmog your best gear so that when we encounter the horde on our travels, we can fight them on equal footing and use them to create role-play from.

ADVENTURER RANKS:
A default member of the guild is an adventurer or a mercenary. They can have one of two ranks:

Greenhorn: The basic starter rank for any adventurer that has just joined and/or hasn't reached level 90 yet.
Braveheart: The default guild rank for adventurers at level 90. All Bravehearts are able to post events to the calendar and recruit new members; And are encouraged to do so.

Why do you have a level requirement?
Reason #1: We exist on a RP-PvP server. We often role-play out in contested territory, and will partake in RP-PVP events. When confronted with horde hostiles, it's nice to be able to put up a fight.
Reason #2: Leveling and gearing a character for a guild shows a level of dedication to it that we want to reward. If we ever get into raiding or serious PvP, it is very likely that people that participate in those activities will get a special, cool sounding rank as well, to reward their dedication to the guild.


SPECIAL RANKS:
The Band of the Brave has several ranks that indicate that the character performs a special function within the guild.

Glorious Leader: The boss.
Founding Member: In the beginning, there where five. These five carry the "Founding Member" tag. Their rank is the same as that of a Braveheart.
Bard / Accountant / Bar Staff / etc: Special ranks are added and removed organically as characters come in that could use one, and the nature of the guild evolves. We're running a bar? Then it's handy to have a Bar Staff rank at hand. Maybe in a couple of months we'll on a farm, or on a space-ship. Those changes then might inspire some new functions and ranks, too! They don't get any special permissions - It's just fun!
Drunkard: Tavern-goers that are not a part of the organisation, but still a part of the community.

Best of Luck you dookers!

Kind of love the noodle worgen.

More on topic: joined recently, there's a nice variety of character personalities and races, would recommend. I mean I've even seen gnomes Rping in it.

The Band of the Brave now has a forum! It can be found at:

[You must be registered and logged in to see this link.]

The forum is public to all, because it has many in-character features that could be stumbled upon by people shambling down into the back room of the Pig & Whistle. There stands a brand new Hero's Call board, and lies the mystical tome that is the Guild Roster.

have a look around!

This guild looks really fun and I would have joined it some time ago if it were not for my being in Japan, which makes normal Defias RP times really irresponsible for me to be online on. I might seek you out in March and perhaps join up anyway if you are still around in August, but that alone would not make me leave a comment here. No, what I came here to say is that...

I really love that illustration (and the art in general).

You're welcome to come by and sign up whenever you want, we hope to be around for a long time.

Here are some engineers of the Band of the Brave, trying to crack a mechanical conundrum.

Monday we will set out for the cold North, remember socks and hot chocolate. Oh and layers! A week with adventure in an unforgiving climate with ancient evil lurking beneath every snowflake, evil we will Vanquish! Braves HOOOOO!!!!!

The Band of the Brave has set sail for Northrend!

What could go wrong??

For reserved we were for dangers ahead
Confident, so our hearts sang
Settled into the dreary night
When the General Quarters rang

Astounded by this brand new threat
One I had not fought before
I dashed across the deck to Sheila
And atop her, I did soar

Enthralled by the taste of blood and battle
My sights fell on beasts without name
Flew I did, trigger I did pull
And their black hearts went up in flame

I cried, lit up in much elation
And my upturned heart turned over
Victory seemed well within sight
But it was not nearly over

From the depths, it came, it stealed our glory
The beast with a thousand beaks
Leviathan, scourge of the seas
Only terror would I then speak

Through the hull, the tendrils rose
The ship be crippled gravely
Splintered wood peppered men good
But they weathered the storm bravely

The beast cried out, as cannons rang
And the tendrils lost their footing
Iniatiative guided the crew
To give the beast a gutting

Into the maw, fearless no more
Was sent explosive barrel
As the cries rang out of the terrorsquid
An explosive end to its carol

We won the night, our souls be saved
But great losses were amounted
To the north we spied a nearby isle
And onward we then bounded

So now we sit, around the fire
Letting praise of victory be sung
Tomorrow then, to Northrend we sail
The adventure has just begun

Written by Adelane Morgan, Braveheart of the Band of the Brave.

And now the world shall see my crap poetry

Cant help but be intrigued by this. We've seen a lot of adventuring groups come and go but this one seems a bit different somehow. Might even have had a peek if I was still playing.

Similar topics
» [A] The Pig & Whistle: Home of the Brave